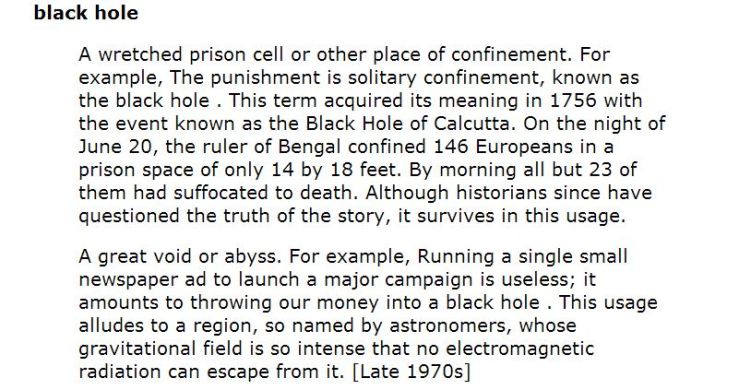 Something really bothered me about that black hole article on national geographic. As some of you may know I’ve studied computational models of the mind for a long time now, prior academically and now obsessively almost with my fiction, and I’ve taken a strong pseudo interest in theoretical mathematics when looking into far out topics such as m-theory and well just all the basic pop culture suspects of bullshit that have become intertwined with science these days, and it might be true that the fact is science has been hijacked in the same fashion as much of the internet and media has.The silent growth of the rebirth of false metaphysics hasn’t been addressed and dismantled of like it was hundreds of years ago during the enlightenment (one of the more noble results that came out of the birth of the Western World) and I think that there’s a very big slope for the counter-culture as it becomes a giant consumer culture that produces intelligence that doesn’t think it has to work very hard because it’s already intelligent. Maybe I’m way off base but that article on black holes, big hit on the web, and I was thinking today about this one sentence (picture attached) and don’t you think that… that’s enough to stop reading anything they ever publish. I mean, who in their right mind would publish a science article, objectively, and say ‘humans have no way to ever understand something?’ Only religion and economics does that, and there are many things we never thought we could figure out, but we did, and the human mind is limitless in its thinking capacity, because it is intertwined with the answer, and I don’t know, sometimes you have to apply something so confusing to something real simple, and sometimes you can figure out what a star is…by watching a star fish. It’s all the same. I don’t know and it’s not a big deal (it is) but this sentence just really bothered me.