There’s  some kind of animal in the house. I can hear it in the other room. Why is writing so weird? Oh geez…I don’t have time for this nonsense anymore…

The winter is on the decline around Michigan and you can see it in the blue and the color and you can see it at night in the darkness of the clear stars shining down and satellites and jets blinking as they think you can’t see them, and so the winter of 2014, well it was rough. It was war. It was walking. It was breathing and it wanted to kill me like a little leaf. We’re going to make it though, and was there ever any  doubt? No there wasnt so I guess that wasnt really a question. The final month and maybe a snow shower but within the next couple weeks the six ft piles will be gone and the grass will be thinking about being born, and the words from the winter should all but be  done before I can type in the sand again, and I’m working on some projects right now and like always I wanted to be fresh when the spring arrived.  I was supposed to go on a short writing tour with my friend’s band who’s back here from Europe, but money is tight and I don’t really care to go right now. I mean I would love to but I’m chaos when I’m working. And I’m getting old man…ha! and so I’m supposed to be in one of the Carolinas by the twenty-third, and maybe it will happen. I don’t know. What is NOW?

I’m finishing book c in the adventures of a dying young man series. I had my best release of my current era of writing, with book b and sold a little over two hundred copies. You should buy it, but if you don’t have the money for it, or for some reason you don’t trust that I’m a good writer, well leave a message for me and ill send you a free copy of the book in digital format and you can read it and review it for me, and you can rip it apart if you want, but it wont matter to me if you hurt my feelings, because it’s already set in stone that I will finish this series, and only death could stop the tap tap tap. Even science doesn’t know whats going on but then again science isn’t in charge of science anymore. It’s been high jacked by technocrats and silicon valley, who must be having a giant dorky squid affair with wall street. This world really needs to hire some human resources and real writers, or what’s the point. I don’t want the weather to entertain me more than the new star wars movie, that’s a joke, I think, and they said a meteorite might hit the earth last night and then what?nope, because they can’t even find the meteorite today. We are not as evolved as we think we are. We at times become selfish lunatics and I said to my friend the other day I guess I’ll just dig my self deeper into the literary grave because I’m underground man, and I am the sewer system of your society, and I know what you left behind when you tossed out history with the garbage pick up on Monday night. Stop.

This isn’t a rant. This is a short dog days of winter notebook selection. I wrote a nice piece for it yesterday but copied one too many times and forgot to paste before I cut again, and so those words are somewhere in the free forming digital black hole now, forever here nor there, and so you don’t get those good words, rather what you get is my sweaty hands and cold fingers on a nice night of a gibbous moon…

The animal…wait…and so I’m back on the third shit schedule and back in another room typing. I’m holding off on editing other people’s material right now (mostly for budget reasons) because my life is a cluster of nonsense so I’m taking it slow. People doubt my strength and courage and I don’t know what that means because nothing is in my way because it’s all frivolous and means nothing when im locked in. I could write you a story about anything, you name it, but nobody asked me to, so I’ll just work with my old words and start a new book, about love and confusion and how we never really grow up, we just forget that we’re always growing.

There are three documents on the turntable right now. I work for eight to thirteen hours a night and then shovel for society until I pass out and wake up back at the keys. Everything seems small right now. The screen is (in actuality) huge but it’s shrinking and I have tunnel vision, and I’m once again the errand boy philosopher and I can feel my body getting older, and it’s not a bad thing, it’s just strange to dance with time, because I’m not a good dancer and the rust takes a while to fall off. My hands hurt and my fingers lose traction with the keyboard. All the letters on it have been rubbed off because I’ve typed so much on these keys for way too many hours, and I still look down every once in a while, even though I shouldn’t have to, but I’m a slow learner. My mouse is broken and now I have to click with the right-click and it’s just really annoying me right now. I shaved my head again. My yearly haircut. It’s a bad look for me. So I’m growing a beard again. I need to live in the woods.

A Spontaneous Revolution, a book that I wrote in 2011 and that was one of the ten variables that pushed me down this rabbit hole after I sold way too many copies and could live off of it for a while. Back then I thought I was a real writer, the next writer, a legend only in my mind, and it was a good book but full of dumb errors, so that’s why I’m working on a proper second edition of that book, so people can read it and get the full vision from it without the nails on the chalkboard sound. I’m also working on The Fear and the Going part one and also Three Dimensional Boxes and Notebooks from 2005-2014. I canceled a flask of gin out of time and it (draft version) can be found on my fake news website called the damn story.

I’m working with five hundred thousand words right now and the mountain is like the snow and it is slowly melting, but there could be another storm, and if that happens you just have to get out the shovel and dig until you hit the ground, and that’s exactly what I am doing. The truth is real, and my life will be drastically different by my thirty-third birthday in may. It’s crazy, but everything that I’m looking at is only temporary, and it has been for a long time and I don’t know if I would have had it any other way, and as I’m retracing my steps back during the end of the winter, I’m going to share selections from my old books, and if you like what you read click on the cover to buy a physical copy. Like I said, if you want to review either book A or Book B of The Adventures of a Dying Young Man Series, leave a message or message me at andrew.h.kuharevicz@gmail.com and I’ll send you a free copy under the conditions that you review it and say exactly what you think. I want you to set me on fire or shake my hand. Say what’s on your mind, the era of passivity has ended. Thank you for reading.

P.S. I still hear the animal. I have a wooden bat and some windex. I need a smoke and a shower. I don’t want to open the door. What is it doing? oh man…this is nonsense.

Old Book number One: Traced measurements. (it was intended that this was going to be the fake book that the fictional character Henry Oldfield wrote in the book The Adventures of a dying young man, but it ended up that he wrote Pop This Book instead, and so I don’t know why I haven’t changed it. But I guess it works. Let the reader become confused with this title if they want to. Maybe subconsciously it makes sense or maybe not. This was released in 2011.) 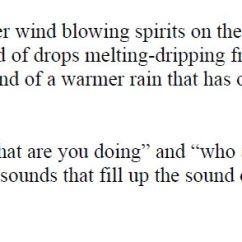 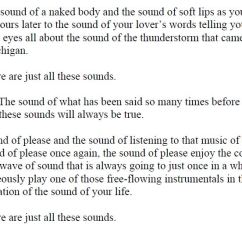 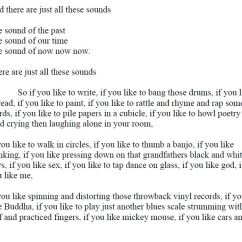