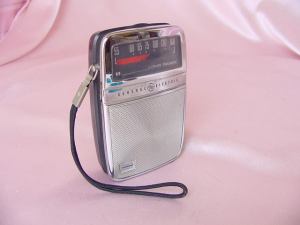 So cant find phone chord to play my mp3s. Walkman Tape player broke some teeth and now just grinds some lace. So now I have this old solid state general electric palm radio, from who knows when, that I found down in my grandmas basement next to about 45 fishing poles , guessing my long lost grandpas. The radio works great, only gets A.M, but comes in stereo with perfect static playing the oldies station, also npr sounds like I’m in the bunkers or something. This was the song that was playing when I walked to the store to get some booze for the final two hours of writing. Half the time sober, half the time not drunk, but kinda tipsy, smiling and gliding. Helps confront our three dimensional point of view. uh…well, who knows, but its good for something. Add to theme songs for life. P.S. Think I’m going to start pretend fishing, just toss the string and ba-ba-bob around and say, nice day to be doing this fishing, and well, it also seems like I would get some stories out of doing that, meet some interesting characters. Cool. Peace! (also, have I just found the name of a character? I thought it was Sophie, but just recently I discovered it wasn’t even her name. Anyway, and so it goes…it always will.