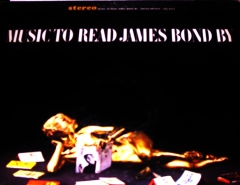 I remember… way back when I was in my senior seminar class for sociology, well we had to write so freakin’ much. And for the entire last semester of my last year of undergraduate we had to write four papers a week with I think 2500 words a piece, and this was due every friday. We had to write on topics that applied to the books that we were reading, and that meant well pretty close to everything under the universal sun you could write about. I think I wrote about the social masks that we wear, as well as the sociological imagination and social Machiavellian theory that was applied to the everyday social actor. You know things like that, just arm-chair theory to what you thought you knew back then. Many of the papers were in my opinion mind-blowing, but really when I think about it, most people without even a college degree, a paper that they’re still in debt for almost six years later, well most people have read Marx and Durkheim and have all kinds of thoughts on postmodern theory. With that said that class was great practice for writing everyday, or at-least thinking about writing and the world where you write. I remember that this one particular paper that I drafted was called the sociology of music. I’ve always loved music and play guitar and what not. When im not writing its my video game system. I can make up a song in a couple of minutes and it always gives me that aha moment that as you get older you begin to think you’ll never have again. And so I wrote that paper and it was published in some glamorous sociology journal, and even today I think about how much music and words and writing goes together. And well, there really is nothing more to this post, and maybe someday I’ll elaborate and write a long thought out piece on the subject, but I just wanted to share this with other writers, because some writers say that they can’t listen to music, but to me the music adds that dramatic feeling you are trying with words to explain, and keeps you stimulated, keeps that sociological imagination going. That’s just the way I am. Right now it’s 4am again and I’m editing and writing and something was missing, and I was getting distracted, and then I sat up and looked around, the heat clicked on, and I said oh yeah there isn’t any music playing. So now I’m going to share this thought of mine with you, post this to my silly blog, and then play this album that strangely is really good for writing. It’s an old record called Music to listen to when you’re reading James Bond. Weird I know. So yeah, that’s all I really wanted to say. And if for some reason you’re not satisfied with my voice and words, with what I’ve said in this particular blog post, to whoever you are, well if you’re still salivating there is a pdf file below the last period with some words on Albert Camus, the year 1957, and some thoughts about the concern that my parents were having about rather I was born into another american generation that is lost. K. Bye.

One thought on “Music To Read James Bond By, and some other super cool thoughts.”