I’ve liked this social network for a long time, even though I think amazon owns it and they have done a very lacking job running what could be an amazing social network for writers, readers and physical books and book stores (but maybe the ship has sunk too much for no reason) but I would have to flush these ideas of mine out so you know…I guess maybe they’re trying to stay low before they really put the effort in… but all and all I’m fond of it compared to other social hangouts (lol)  and so I was sort of minimally thrilled (my thrilled level lately doesn’t really care much but it does at the same time  because what’s the point) when they gave me a writer’s page, and here’s my new Author Bio on their site, and so if you check it out that would help me I suppose in some way or another. Hitting all the bases and down by twenty five runs ya dig…and so Cool humans. peace! (click on either picture screen with boxed text to be directed there. There’s some other tapping things and forms and blood tests and random information and what not. I don’t know, but there it is.) 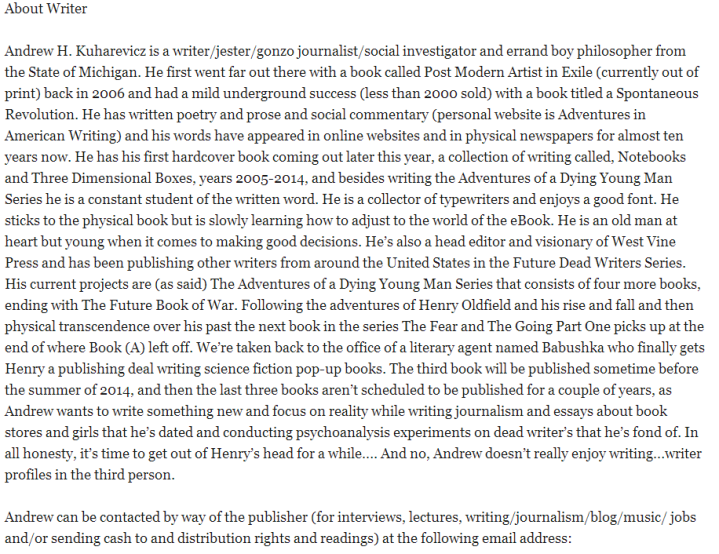