On Last Week: The world quit. The world said “umans. Find yourself a new world. Yeah. whatever. Enough is enough. Grow up. Evolve. This is so boring…” On daily exercise: So now I’m going on a hike for candy. LOST AND FOUND: After two months I found my camera. It somehow made its way into my royal typewriter…Nice. dilemma: postmodern fraud is a tricky concept for the moral man. philosophy FIGHT: I think therefore I’m not. Checkmate Descartes. Dinner for editing night number blah blah just so many nights: candy and slushy and popcorn and cola… Nice. Notes for Book: The Challengers were passenger trains on the Union Pacific Railroad and the Chicago and North Western Railway (which was later replaced by the Chicago, Milwaukee, St. Paul and Pacific Railroad, known as the “Milwaukee Road”). The economy service ran between Chicago, Illinois and the West Coast of the United States. The trains offered full Pullman service and coach seating and were an attempt to draw Depression-Era riders back to the rails. Food service was advertised as “three meals for under a dollar a day.” “if you like big steam, there nothing running bigger than Union Pacific’s massive #3985, “The Challenger”. Daily exercise #2 I just slammed a basketball walking home from the lake cut through the park. Alright pass me the ball. Come on, I just need to see if I could still do it. I almost killed myself. I think I’m shrinking, and well once again nobody cared. I said pass me the ball, air ball, and oh no he didn’t: he did it. It’s done. THE CON: New show idea, maybe it’s been done already and I won’t even do it anyway because I’m lazy and don’t care enough about anything anymore…lol. Ok, IDEA: PITCH. My SHOW. My Show… well It’s a show, about nothing..NO?..How bout “uber defeated”. PITCH: I’ll just interview people who have been really defeated by life. I will ask them questions about this. They will talk. I will talk. It will be about everything. NO? ONE MORE…PITCH: How bout, Last Drew Standing. Damn…and so Good or bad Idea of 2013 #56: Liquor was a bad or good idea. On People: Who gives me two free bottles of the cheapest rum you can legally find in Merica’? My friends that’s who. Like they say, with friends like these who needs…far out man

Interesting way to wake up after less than recommended hours of sleep #2: That damn beep going off in the same exact pattern as the lightning that flashes the colors of the pink/blue and black-blue-violet morning sky. Connect the dots on social problems local edition: (A) MUSKEGON, MI – About 30,000 people in Muskegon County are not literate enough to pass a driver’s test, said Peter Violino, the marketing and outreach committee chair for Read Muskegon, a nonprofit group that works to curb illiteracy. (B) Muskegon MI-(front page Sunday Paper via M-live community college journalism group) One sentence. One paragraph. “Muskegon Public Schools is officially broke.” Conclusion:  I need to get out of this place soon. I might just start walking after my book is done. We do have some nice water. Guess I’ll be making my own island if you need me.

Nice day kinda: It is april almost may… so damn. In other news: A second ago this really Awkward Robin was just looking at me all funny-like. It paused. A couple more seconds of weirdness went by, and then it hopped away under the trees with its head tilted back at me the whole time. What a creepy robin. I wonder what its plotting. Exercise #3 Getting my mark twain on. Climbed some fire escapes and read some words. Skipped a stone eight skips. I actually looked for an applause. Nobody was there. That’s my record. I started keeping track, today.

THE LAST THING: oh and I listened to this doc while the athletics were going on. This broadcast, it’s very good. If you like listening without screens and chain smoking or just closing your eyes and learning you’ll probably dig this. Real interesting how The B…The… B…The… B…B…C talks about the Midwest. (sorry). Anyway a few more loose ends and videos and pictures to go in the vault. AND… bye. HAPPY BIRTHDAY Samuel Clemens 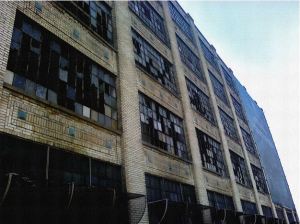 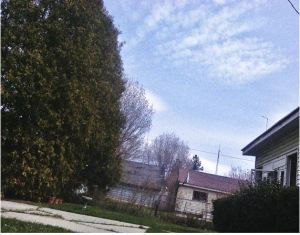 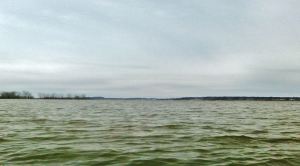 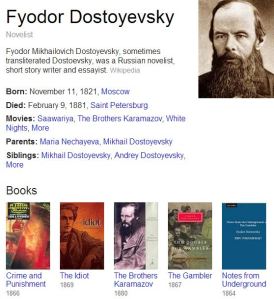