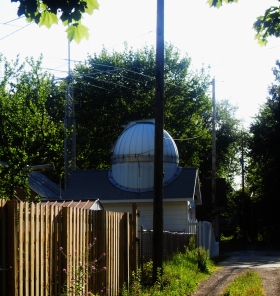 Title: Often happens more than not.

People have asked me about the errand boy philosopher series, and why I discontinued printing the books. When I say people I say less than ten, and to these ten reading people I can only say that I released them from 2006-2009, sold a couple hundred of each, and then as I kept writing well I came to see that I wasn’t really ready yet to publish my material yet, but yeah and like I always do I just went all punk rock and did whatever I thought was right at the time, and so I published them anyway.

This is the why:

And only a handful of people asked me if they could get a copy of them and I don’t really have time, probably for the next year or so, to actually devote the time necessary to get second editions edited and proofs completed. Let’s just say as I age I get crazier about editing and the way the book looks, the covers and font style and the page formatting and what not. Most people don’t really know how long my working hours are; they can go anywhere from six hours to twenty straight hours seven days a week minus maybe Saturday. Smokes coffee and aspirations brothers and sisters, to be the best dang writer that I can be is why I shall always be a student to the written word, and even these posts that I place on this blog-site-thing, well although it doesn’t get as many look overs as let’s say a book in print does, well even these posts I take seriously and take a couple hours if not more just to be acceptable to me. If I had the freedom with writing that unfortunately money gives one, well I don’t know, I can see being the type of writer that only releases a book every three to five years. Blah…I guess what I’m saying is that the books will be back up on my LuLu authors page by Sunday and if you want to take a look at them, do so. I will have a large chunk of the books to preview for free on the site as well. Cool. I’m working on my novel and same ol, just same ol. Thanks for reading. This post isn’t over yet. So…

These books, in all their first edition glory, with minor grammatical errors and so many learning curves stumbled upon the way, and yeah, I still consider myself a rookie after almost fifteen years of heavy writing. I was great in college with my sociological papers, but writing fiction is different, it had been much more difficult to transition from being an academic writer to an artist, more so than I ever imagined, and um… where are we now…oh yeah.

So my books are the following, the first three will once again be among the living cannon again, poor books:

Traced Measurements and other Paragraphs, 2011

We are the nosiest the Universe has ever been. Often happens more than not.

And we walk and dive down from above the clouds, from the depths of joy, and we see the sights, all that our sight can see, and we see everything. We see it all as we fall into where our life just will always take us, and trust, trust is easy as hate, so trusting we must enjoy the fall.

There is this song made up of these sounds and you cannot hear them all of the time, but you can hear them if you hush, and it’s that great paradox that is always there and hidden within the vacuum of space. Symmetry is abandoned. Chaos is the mathematical rule. Life dances on a spinning top. Death and life have been fictionally tangled apart, even though this can never be, for every good writer knows that these concepts are one in the same, and they are IT, and IT grows out of the newborns that are earth worms and play in the youthful cemeteries. Just fall upwards and downwards and sleep when you have the time.

Falling back towards everything as if a slingshot in the night, but it’s never the night really; the night is what our eyes can’t imagine coloring in yet, and it’s just darkness. Darkness is as beautiful as a rainbow, and sometimes I see rainbows when I walk around alone on abandoned streets. I see the sun even after it has set. And this darkness is as necessary as the grass and the bugs and the stars within the blood vessels that are swimming within so many millions of here-no-there-just everywhere, and if you look at those tracers of light in the sky you will see something that is and is not there, and these tracers of light are really neutrinos and visible storks made out of the negative charges of the concept said by humans to be antimatter.

And in middle of every microorganism there are green and red colors and every word that has ever been said or will be said, and that’s so inspiring, because time is as flexible as space, and these two words just said are one in the same like life and death, and what this means we will find out very soon. It’s all natural. The universe can’t create unnatural substances and this means neither can humans.

Inside of my coffee cup that I forgot outside there is mold, and yeah it was gross, and within mold, within the bugs, and please stop killing so many bugs, the buzz, the fly, open a door and let them out, because even inside of each bug and moldy kind of gross there is a universe, there is another you, another possible world where you live, and if you just step on this bug well you could be possibly killing yourself. I think that you and I and yes you too, we could be someone else’s black hole, and really, I think that this is possible, maybe…

The universe is within everything. Fear doesn’t even exist in most places that are real. Bugs might fear you though, so please at least try and not kill them. Hush and live and accept everything that loves and lives and doesn’t want to hurt you, because often time and space is silent, and this Often that I speak of happens way more than you would think. We are the nosiest the Universe has ever been. Often happens more than not.

It’s only rock and roll