This is a basic attempt reading what I don’t have time to write out. I will work on it in the winter when I get around at starting ‘A Flask of Gin’, which will be a totally different kind of book for me and focus on gonzo journalism and features a new voice, a character named Auden Wyatt. It is faster than it was originally read for timing reasons. It was structured like a pop song in a four four beat. Letting the typewriter and the oldies move out focusing on your memories that are ten years or more older while also living in the present real world. It was just an experiment and it was damn worth it. It’s a good feeling when you’re done with writing and you need a shower and your muscles are tired…So yeah, the structure is spontaneous with the verses being all over the place but always coming back to the chorus and the main themes of the story, which are the White Bonneville and the World Can’t Wait Rally in Chicago, the pizza lunch with my old political science professor who was from Iraq and the mission accomplished speech given by W. That along with Hunter S. Thompson and what he would say now about the current historical period we are now witnessing. Those were the main concepts that I always tried to come back to, they acted like the story arcs if you will, and from the middle out you have the other thoughts both real and dreamlike that filtered in and out creating a sort of breathing story of the universe of a decade of actual living. I will finish it for the book. When read (without me reading it out loud because of the terrible recording equipment and reading voice I have) on paper (hopefully) all of this nonsense might create a mosaic of what I think sort of happened. You write to learn what you know. You write in order to discover what really happened. You write to see into the future. That is the nature of the scientific revolution. P.S: This is a picture I snapped with new camera wandering around the grand river. I don’t know. I didn’t mess with it. Same ol’. No big deal. It was a nice day. That’s all. Peace. Good Luck Out There Humans. 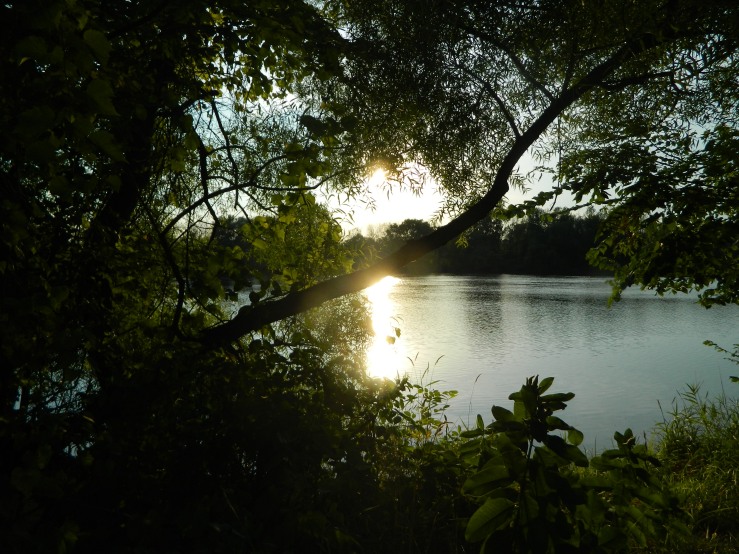