Waking up sometimes is hard for me. Maybe I’m burnt out from the three projects that I finished this week, but It’s just different waking up tired when you’re where you are safe and comfortable.

I slept a good twelve hours and my body feels fine. I was hurting much of the end of those projects, I had this tooth problem and it was throbbing so bad that I didn’t know what to do. Luckily I got it taken care of and now I’m, just back to the normal pains of daily life, the pains of boredom and the pains of, just what now.

When I was working on those projects sometimes I would just have to accept the pain wasn’t going away. I had to keep working and writing, and other times I couldn’t even do that, so I had to edit with one eye and one hand over the other eye because the whole right side of my face felt like there was a storm shocking.

I’m not complaining really. It was interesting and I kinda like how those books feel like a hint of desperation and it adds something to the feeling of the stories and the language I was trying to tell and use. It’s just different that’s all.

And I remember when I was in Chicago about a month ago and I didn’t have anywhere to go. I had about five bucks to my name and I missed my train and my bus and couldn’t leave til the morning the next day. I had about fifteen hours or more and I was so tired and mentally drained but it didn’t matter. I must have walked all over that city. It was ninety-five degrees out and my train was leaving in half an hour. I walked and ran over bridges and everybody looked so sure of themselves and there was me. I got to the corner and everybody was getting out of work for the day. I sat there out of breath sweating, smiling, trying to look normal, and the sun was reflecting off the orange rust and down in the river boats were going by taking pictures, and I hope not of us, the people on the corner…because man, there was me, and I was a mess.

A guy said you should slow down. I said no time, where’s union station, he said over there… thanks, and I jumped fences and slipped under a railing jumping down on tracks and then cut over the busy street, and while I was walking the strap on my backpack broke. I didn’t know what to do, but since I didn’t have time to think about this I had to tie it together and it held. I ran into union station and went in circles about two times. I said where’s the Amtrak  terminal, alright, and when I got there…of course, there was only one person working.

Come on come on…and then NEXT SHE SAYS.

I’m here for my ticket and she couldn’t find my name and there it was, she gave me the ticket. You might have missed it she said and I said wish me luck.

I got to the place where you board the trains and the tracks looked like the future going under the city of Chicago. The hall was empty and echoing and there was a couple of cops and a few of the doors were open but nobody was getting on or off. There were no trains left. Mine was gone.

Where you going an officer said. Nowhere I guess. I missed my train. You know where I can get a beer. Over there is where the food court is.

I walked around in circles a couple of more times and I was dizzy. I walked into this huge part of the train station. White walls and a small bar area. People walking so fast and even faster than I could move right now, everybody wanted to get home, or they were just going at their own speed. I was shaking. I didn’t know what to do.

Can I get a beer please. What kind. I have three dollars can I get anything. Yeah. Here. thanks.

I sat under a pillar in the darkest part of the union station bar I could find. I was worn down. Beat down. Tired. I didn’t have a choice though, I had to keep going. I pulled out my notebook and started writing. You cant even read what I wrote that day. My handwriting was too messy. It fills up ten pages. 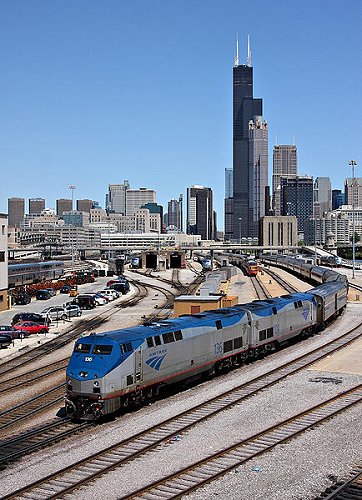