As A one man writer and artist and press; one person who wants to do something with his life, I write so many letters to people who never even respond to me. I’ve written hundreds of letters to organizations and writers and publishers with ideas that seem beneficial  for both of us, for both the writer and the business industry.

It seems to me that we live in a very odd time, a time when the economy is failing and nobody wants to do a damn thing about it. Nine to five and see what happens, and for some reason they never respond. Either way I am posting these letters once a week for documentation reasons.

This is a difficult world to live in these days, you can’t be just one thing. One day I can just be a writer and that’s it, but these are the young days that shape who you are, and when you go All In, you have to remember that people are always one thing, just other people.

I’m not going to get into this very much, but In a time when people get funded on kick starter and then do nothing spectacular, I think it’s strange that I am trying to go about this in a more professional way and nothing seems to give. Either way…

This letter is one that I sent out to multiple failing printing companies in Michigan, and once again I didn’t hear back from one. Not even an explanation.

You know, people are allowed to fail, to learn, but for some reason, not me, and I think I have many good ideas, many outside of the box ideas, but like fishing, I’m still waiting for something to hook.

For many reasons, this is why I don’t waste too much time on applying for residencies and writing to agents and what not, because it seems like a giant waste of time when I could be getting better as a writer, designer and editor and all around refined, “idea man”.

Anyway, I’ll post these letters. They are part of the, Adventure.)

To whom this may concern:

Hello, my name is Andrew H. Kuharevicz. I have a question, and instead of drafting an extensive letter (it will turn into one) I’m just going to get straight to the point to save some time:

I’m from Michigan, a writer, and also a small indie publisher.

As you know, local business and the book market, for writers and journalists alike are struggling to get by. I’m just starting out on the business end of the press. I use on-demand publishing right now with Lulu. My press is named, West Vine Press, which prints books that I sell online and at local books stores all over the United States. West Vine Press has a number of books coming out by the end of the summer, some by some really great young writers. But see what I mean, I’m getting ahead of myself.

I guess it’s an old idea, but what I’m proposing is (perhaps temporarily) the working together of two distinct aspects of the same thing: a Michigan-based Press and a Michigan-based Paper Company. The core premise(s) of the idea, of my argument, is that bridging the distance between (a) creator and the (b) manufacturer; with an ethical ideal that’s founded upon, the (c) working together of both agents to further our personal and financial goals; and that by (d) evolving together in relation to the corresponding digitization of consumer based media, to me, makes sense. Here’s more about why I think this…

I’ve been working on this whole operation basically by myself, because writing and books are my life, my passion, and hey, it’s just what I do.

I have a new book coming out, a 3oo+ page collection of my writing from the years from 2005-2013. I’m going on a tour in mid-April all around the state of Michigan (as well as Midwest) . So far the cities included are, Muskegon, Grand Rapids, Kalamazoo, Ann Arbor, Detroit, Madison WI, and then one in Chicago. I’m going to local book stores, many of those that like the writer are struggling to stay in business. The economic end of this seems to be a major problem, not the lack of writers and books and even readers. There is a lack of discipline and trying new things. What I am offering is the possibility of some kind of professional business relationship between me, Andrew H. Kuharevicz, West Vine Press, and your printing press. In a perfect world you would print a reasonable (small) quantity of books for me, in exchange for my advertising and social connecting services that will bring your name to thousands of writers and readers, businesses and even the amateur who might have the dreaming inclination of printing something themselves. I have a large social network. At the end there’s links to my blogs and web sites, as well as my LinkedIn profile.

In what seems like forever ago now, I graduated from Western Michigan University in 2006, and I’m thirty-one years old. Writing and publishing, and why do I do this, well, you know, it’s just that this, is what I’ve decided to do; and this was just an idea, a partnership between the press, the writer, and the printer, bringing it together, forming a new kind of model that worked in the past and probably will work again. But still…

Perhaps this is something that you aren’t interested in, and I respect that decision. Maybe you don’t see the worth of the business I could bring you within the three weeks I am on tour. If that is so, no harm, and I’m just a person who is trying to come up with some new ideas during a time where the book and media industry, the major publishers and the overall state of the economy of the book and the written word, is not so much losing interest among consumers, but rather, I would speculate, is getting lost in the shuffle of this flawed and typical “lack of communication” that exists between suppliers, the creator, and those who want something, new.

Like many sectors of the economy, the recession has left such investments into artistic and knowledge based goods and services, less (to be nice) appealing, than they were before, but of course as you probably know all too well, I’ve yet to even mention the fact of history, about how some of the more traditional forms of media (to be nicer) have had such an awkwardly (the lack of diligence) slow reflex or otherwise, in adjusting to the digital evolution of our society, or as it’s called, the internet of everything.

So this is just a shot in the dark, because it’s a big ol cluster…, and that’s why I thought I would take this chance and send some letters to a select group of people who work with what I push.

Like I said, if you are not willing in printing for me in exchange for my advertising and further increasing of your clientele, well, and so it goes, but maybe then, you can give me a healthy discount on what I am looking for.

Either way, I’ve went on much too long. Below are some links to where you can verify who the heck I am.

Thank you very much for your time. 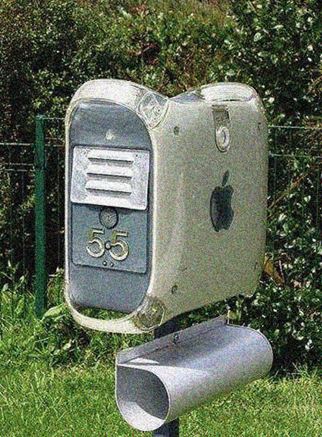