I know how to make a time machine. You’ll see.

Karma man, you spend it, and well, even if decades removed, it still comes back, in waves of white trash angst.

It’s going to be a sad day, for me, if I don’t become better, when I, at last, get to where I’m going and I say, told you so, and some of those (other humans) say, so what? Life is cruel like that. Even when you make a point, even when these fictional characters know you are right… even then; even after their resentment becomes what it really is, guilt, man, even then…and I don’t know how to say this, how to end this with the punchline it deserves,  but if you are cursed to be one of the good ones, the “sorry people”; well even then they’ll still say, who fucking cares.

You can’t win in an immoral world. You just have to try, and be, better.

Power to the, people.

Fell asleep in my breakfast. oh damn. Oh, and

Desperation is born out of frustration; it’s the action of one’s, boredom. The unseen variable is a constant.

Shadows are not ghosts. Words are not hero’s. Writers are not, much. And I forgot where I set down my glasses, back on, never-mind…only hours ago, hours ago that make up a day now, over. No edit from here on out. Only my thoughts made from these

And I can’t sleep, the day’s flying away and coming back and listening to modest mouse at four twenty in the morning, and I can’t sleep, going on and on forever goes for-ev-….er, and on and on, and wait, just now, more what?-burn burn burn, burn and awe, or something like that, aint that right? Aint that what jack said? You know, that those on fire, that those are the ones that interest the many, the many who are afraid of popes and forget the meaning of…1.2.3!

I need ta’ zip my trap. So two sweaters, and I don’t want to burn burn burn, but I do, because I don’t know another way, and so maybe because it has also been said, that poetry is born out of desperation.…; and I’m not sure that is the proper way to form that (syntax and premise based, hush) I mean I’m just writing right now, just a simple sketch, just back to the thoughts and the slow down for a second, because everything is just too damn much and I don’t really want anything besides…;

you know what I mean, the (…) followed by the semicolon for fellow late night dreamers.

I’m wondering because our generation knows all too well that we have no choice, that none of this matters. Baloney,  right? It does matter. It does, right? Yes…

Last couple days I drank so much whiskey that people tell me over and over, is the best whiskey ever (for the price), and I just cant get drunk of(f) the stuff anymore. Only wild. Only, well, more thirsty.

Writing man, what a strange thing and where to-go-at-last, running again after the spring rolls my legs back into shape. I’m moving. I have to. I’m a ghost in this town. I’ve traveled my mind more than most people….NO! Nicer!

Fear man, and I have not-A- clue, what most people feel, and writing is this hesitation with control, the actual being the label of the unemployed social scientist; the analyzing of a culture that doesn’t like news that’s bloody, that is, at least not on Sunday… on what month again, oh yeah….within the march madness and back home from mass. IRON THE PANTS.

Oh Sunday, Saint Patrick’s day this year, and why the hell is the beer green. Ha…no no no; it’s a good time, but I didn’t even do anything this year. Just sat around and felt bad for myself. Lame. Why? Because everything leaves and everything runs, runs for comfort in something that i’m not ready to accept. I’m not ready to not wonder what else is going to happen, if I become, better, and so I worked on my book and fell asleep and when I woke up my eyes were already open. Strange. I was just staring out at the window, but I didn’t realize it. I must have been laying there looking at the white curtain blowing with the cold wind, for how long, five hours? Strange.

and now, now I’m used to the cold and soon it will be gone. Nothing makes much sense anymore, and it probably never did. Like I said,. just writing and thinking while writing for a second because soon the sun will come back and another five hours of work, this marketing of a one man book and peace hometown.

Trying to get a job doing something but people always say you’re good, and at what I ask. Something…ha, and so I’m going to take the little money i do make from the book and set sail May first. Sounds great.

Be thirty two this year, damn old man river over here, losing the rhythm of a meaning, better and stronger and can even grow a decent beard but trained in the subjective existential blues in a time when everything is just too damn dramatic for people. Punch in click clack get pissed and then drink the booze of the green shine. And I drank last night and said some words of advice that always sounds like criticism when it rolls off my lips, and I need to shut my mouth in public for now on. Not even a yep from me. I’m not a comedian and man I can piss people off. I really can, and I almost signed up for the military because I thought I would prove something, ha, what? only that I was insane. But of course I never really was going to do it, maybe respect, maybe people will say, he’s a real writer now, maybe i was thinking about Hemingway and how so many people used to go to the front-lines of combat but i will never have that chance, like they were lucky, who the hell do I think I am, as if they were more fortunate than me. My goodness, lucky to go there, and get shot and fall in love with nurses who only later on would break the young writer’s, heart.

Idealized romanticism. Always. Not lucky, war is up to the beholder, and life, my life, war , dramatic, a pulse in the night flying back in the fingers around my mind, such visions of nothing but everything could be said with these hands, fingers cold hands using for practice and hardly don’t have to even think they just drop their own thing, and this aint impressing anything anymore. This is my spontaneous paint brush and it often resembles the concept of a nicotine crutch, and no joke writer man, this aint where we thought you would be, Andrew, whats wrong with you, work work work, what are you talking about? darkness and lights and smokes and books and Steinbeck was a good role model for the man I’m becoming; he knew that you had to role on in with the water into the city, hanging with the poor, because you cant lie to yourself, we are all poor; that is, poor in one way or another.

YAWN. Nothing is going to stop the death of each one of us. YAWN.

YAWN. Love; there is love and love breaks down when it weighs too damn much…;

love, and these days, drama teachers are placed out on the curbs with the old newspapers.

Shadows are not ghosts. Writer’s are not, much.

You know how they say that humans can produce LSD or something naturally in their brain. Right? Something like that? Anyway, I’m going to drop some of that in my dome right now. Naturally. Whatever. Really is, Bat country… 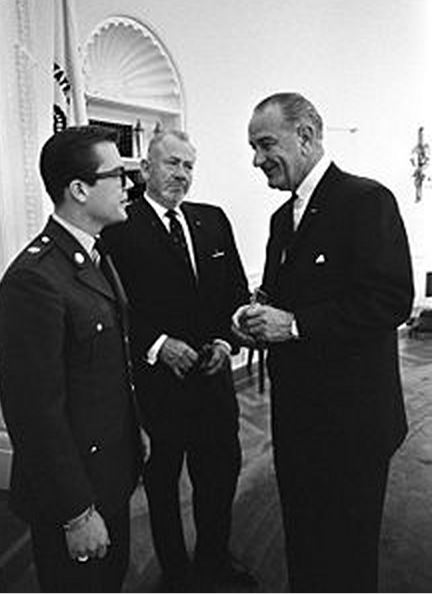