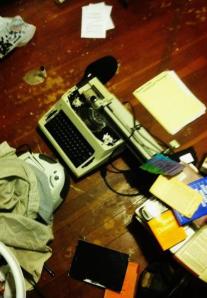 Alright, with over six hundred followers I now think that I can try something new. This site will be under construction for the next couple of days, new categories might appear, and since this happens in real-time I won’t explain it until everything is all set up and thought about to perfection. I don’t like the kick-starter program, so I’m going to try to see if the people who actually like my writing want to send it into high gear, and it will happen either way, but just keep an eye on what I’m up to, because it will be about our world, it will be fun, interesting, new and old at the same time.

I’m devoted to writing, to getting the truth out, and you pay for so much, why not throw a couple of dollars at the future of literary and gonzo reporting. With or without you it’s going to happen, why not be a part of it?

So alright, I have an epic idea, that I’m going to be rolling out in a few days, more news upon this literary adventure in time, but not now, rather, soon. Might need a lawyer or an intern for the adventure. I’ll create an application and find the right person for the job. If you’re looking for an adventure, you like writing, reading, and are a nice person, well then start saying your goodbyes now, because we’re going to go far out there. Read on! Peace!